The Wiener Festwochen, Vienna Festival for music, performing and visual arts* will realize a project with the art-collective Chto Delat during festival from May 16 to June 15, 2014.

In their project “What is Monumental today?” Chto Delat focus on questioning the shift in a politics of commemoration from rigid monumental structures into more flexible ephemeral, performative and participatory practices of urban communities. The initial place for the project will be the Schwarzenbergplatz in Vienna with the monument ‘Heldendenkmal der Roten Armee/ Heroes’ Monument of the Red Army’ (1945). The Heroes’ Monument of the Red Army in Vienna was built to commemorate 17,000 Soviet soldiers who fell in the Battle for Vienna of World War II.

Chto Delat realizes an installation display at Schwarzenbergplatz that reflects on the history and reception of the monument at Schwarzenbergplatz and questions current discussions/approaches on topics of (so called) culture of remembrance, politics of commemoration, a debate on what is monumental today, etc.

During the timeframe of the festival Chto Delat will turn the Schwarzenbergplatz into a “forum”.

The groups artistic and educational projects like a new issue of their newspaper, a collectively realized mural (wall-painting), a soundwalk, a postcard-project, centred around the installation display will be accompanied by a program of (local and international) artistic interventions, lectures, screenings and performances. Another spectrum of the project will consist of an educational program with selected workshops. 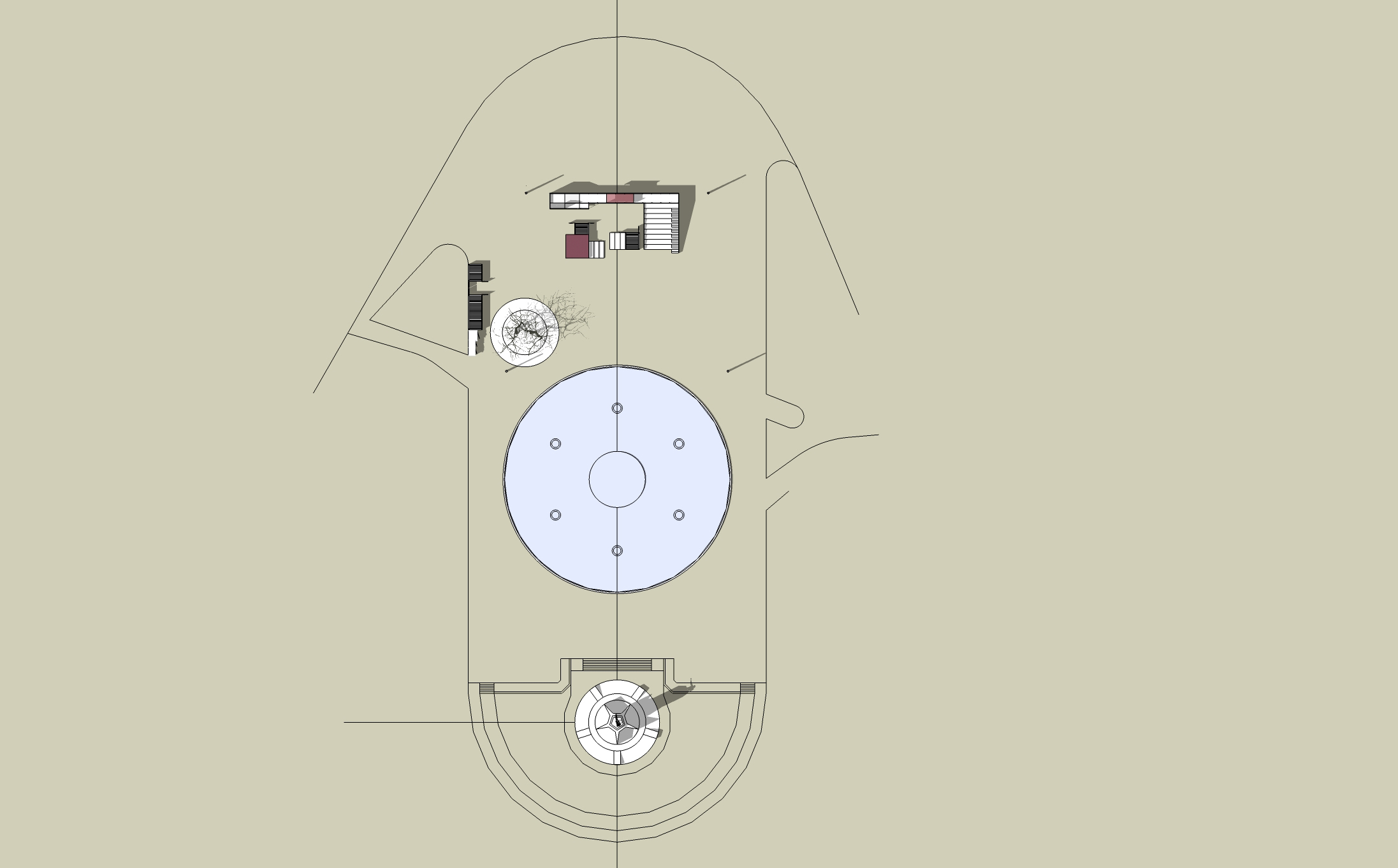 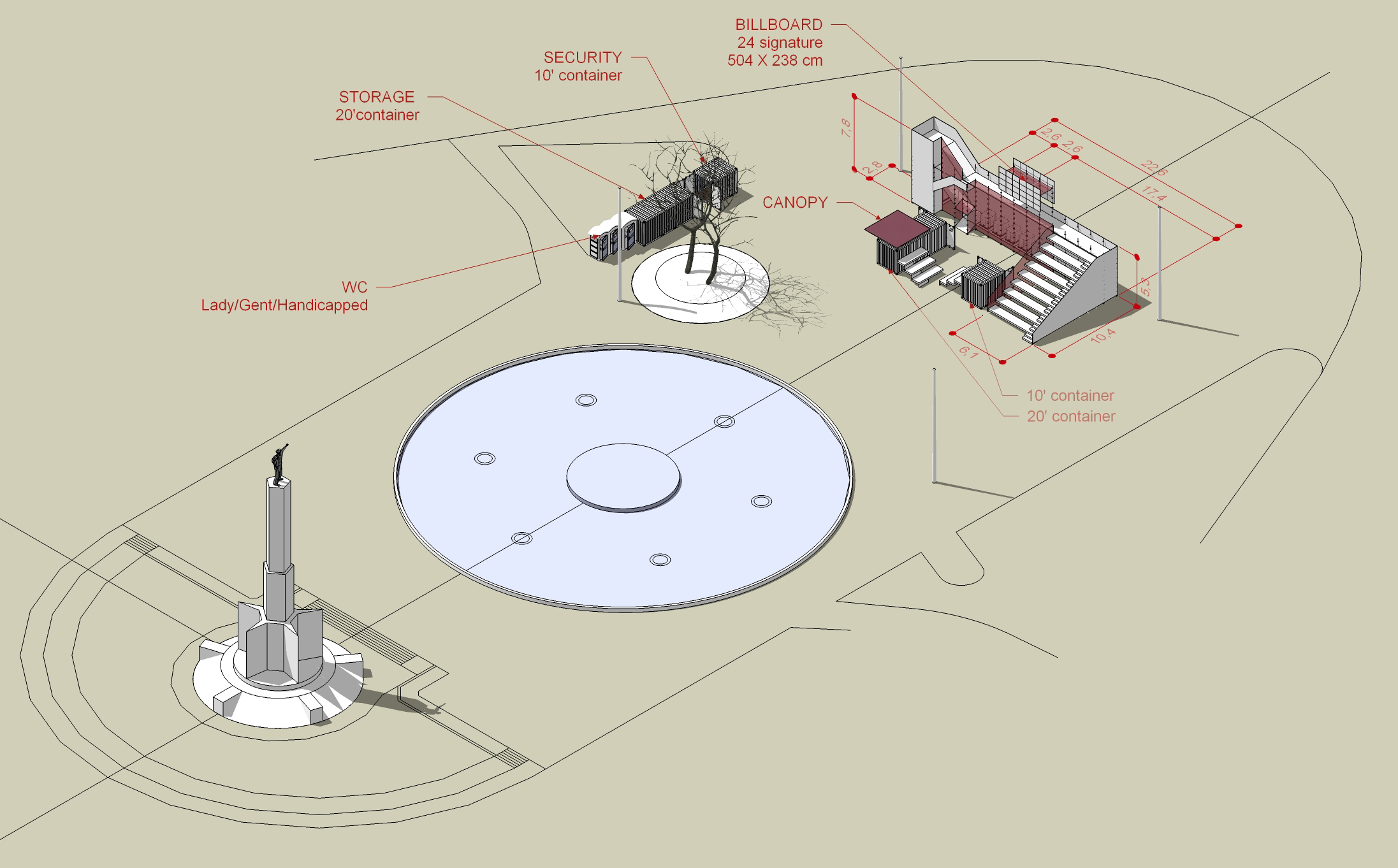 General Documentation and making of

Documentation of the mural and antifascists altar
(realized by Nikolay Oleynikov) 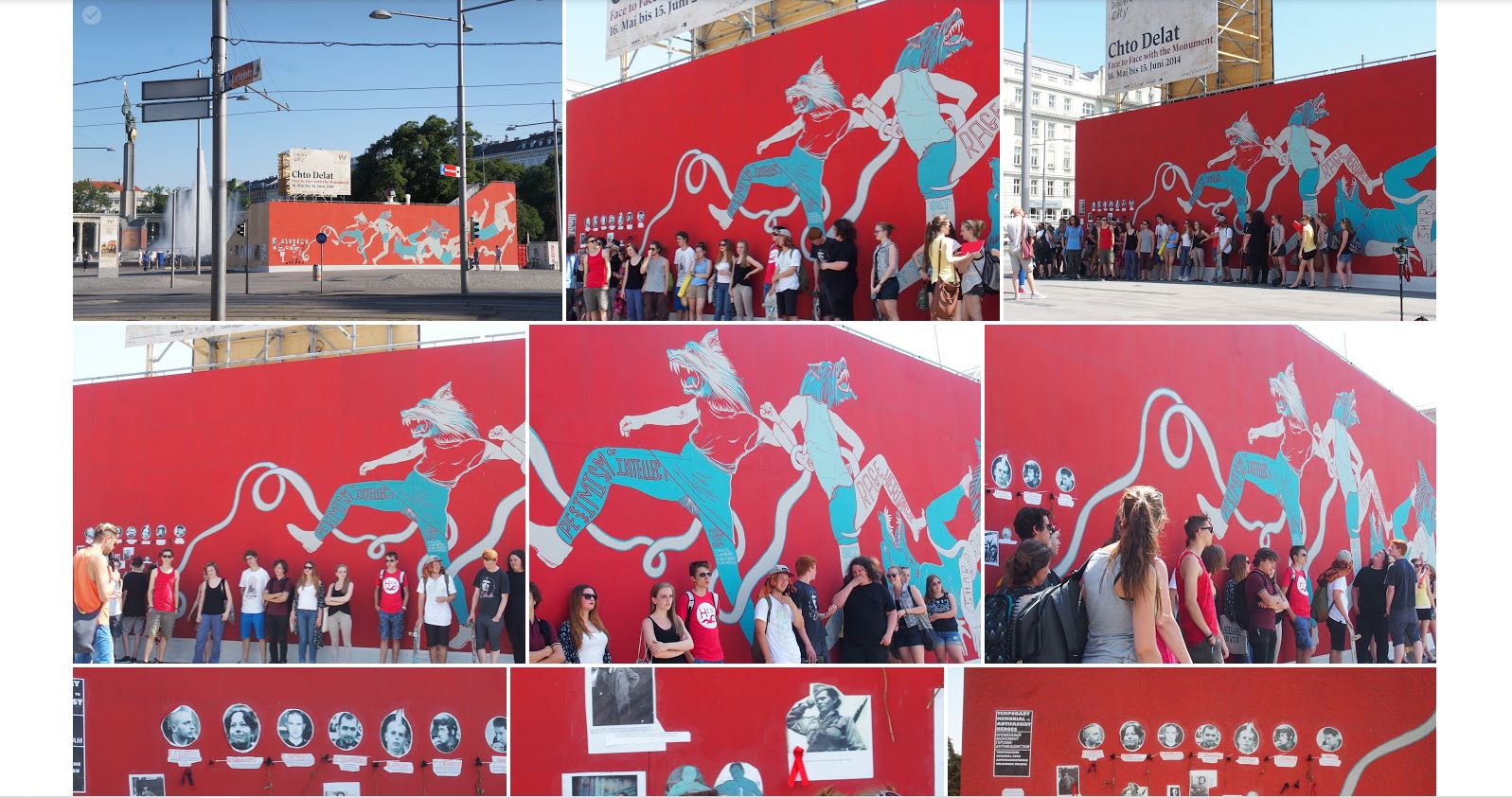