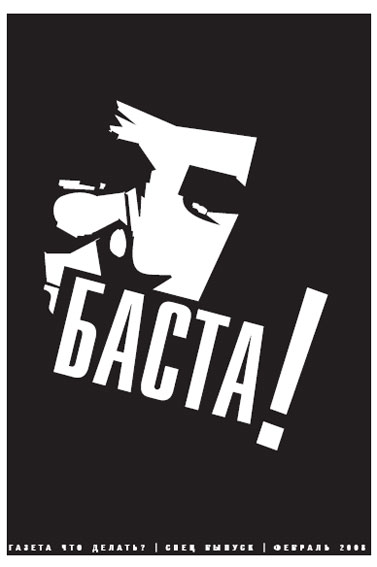 Some articles are  available only in Russian

1. The regime has launched an aggressive attack on the educated, politically conscious part of the population. For the first time in the history of Russia and the USSR, the authorities feel that they could make do without an intelligentsia, using only politicalspin-doctors and popular humorists to keep their hold over people’s minds. In this sense, the country’s Americanization coincides with its Brezhnevization, that is, more and more arbitrary behavior by a corrupted bureaucracy.

2. Having achieved a number of objective goals, such as the pacification of Chechnya, the partial reconstruction of the public sector, tax collection etc. – the ruling clique has been able to use its oil money and its censored television channels to convince a majority of the population that it has becomeirreplaceable. Society is shown a “Hobbesian ” social contract; the cynics and bandits currently in power are good for the country, because it is in their interest to strengthen the nation. I should underline that precisely this type of social contract was characteristic for societies that created and developed capitalist economies.

Oleg Aronson /// Time of the Strikebreakers

It is difficult to write about Putin’s Russia, something one does reluctantly. One hesitates to use the word Putin because by this act alone you intrude into the political arena, where your least utterance doesn’t remain mere hot air but can also turn on you and make you regret what you’d said. I do not have in mind “conspiracy theory,” however, but the specific shift in Russian political sensibility that has taken place before our eyes. A hypersurplus of mutually repetitive utterances has now been stockpiled, and their lack of content underwrites their existence in the mediaverse. It is simply impossible to listen to them any longer, just as listening itself has become a chore.

It is difficult to write about Putin’s Russia, something one does reluctantly. One hesitates to use the word Putin because by this act alone you intrude into the political arena, where your least utterance doesn’t remain mere hot air but can also turn on you and make you regret what you’d said. I do not have in mind “conspiracy theory,” however, but the specific shift in Russian political sensibility that has taken place before our eyes. A hypersurplus of mutually repetitive utterances has now been stockpiled, and their lack of content underwrites their existence in the mediaverse. It is simply impossible to listen to them any longer, just as listening itself has become a chore

On 8 February, following an order by the state fire inspector and a decision by the Dzerzhinsky court, all educational activity in St. Petersburg’s European University was shut down for ninety days.  On 18 February, the courts confirmed this decision.  The university is closed, no classes are being held.  The university board has taken an extremely cautious position, avoiding any political interpretation of what has occurred, although it did hold a press conference on 19 February, in which it accused unknown forces hostile to the candidacy of Medvedev for president of trying to create a scandal before the elections.

The background of these events is as follows.  In 2007 the university received a grant from the European Union for monitoring the upcoming elections and educating observers.  Not long afterwards, one of the deputies of the State Duma raised a question about the universitys right to do this under its license.  Later, S. Yastrzhembsky and Russian President, V. Putin referred to the university as an example of meddling by the EU in internal Russian affairs and suggested symmetrical measures (a Russian organization monitoring elections in Europe).  After some time, the leaders of the project and the university were summoned by the prosecutors office, which was apparently considering the option of opening a criminal case.  This option did not turn out to be viable, so they decided to take a different course of action.

Kirill Medvedev /// The Experience of the Majority

We often explain that we will work for “majority” and “conscious” revolutions. Majority: which implies “revolutionary-democratic” processes. […] Conscious: which requires the preparation of the revolutionary rupture by a series of confrontations where the masses go through the experience of the superiority-even partial-of socialist solutions compared to capitalism.
-François Sabado, “Components of Revolutionary Strategy”

Advanced by the workers of the Ford plant in Vsevolozhk on the eve of the parliamentary elections (in early December 2007), the slogan Don’t Vote! Strike! was a precise and capacious reply to certain vital questions. For example, it became clear what was meant by the “active boycott” to which leftists have long been making abstract appeals. An answer was given to the question, “Which is better: not to go to the polls or to go and invalidate your ballot?” This question has, up until now, been followed by the useless, apathetic answer, “Go or don’t go. Tear up the ballot or don’t tear it up. All the same we’ll be deceived.” A weighty word has also been uttered in the debate about whether there is a working class, and if there is one, who should represent it and how it can be given a voice.

We are Russian activists and leftist intellectuals. We know and value you as a philosopher and intellectual who has not surrendered in the face of the current neo-capitalist reaction. In your public statements, you have on many occasions expressed your allegiance to the great contemporary liberation movement, of which we also consider ourselves to be a part. In particular, we have greatly appreciated your latest book, De quoi Sarkozy est-il le nom?, which deals with the reactionary movement in the contemporary world. Your philosophical and political program is attractive to many local activists and groups who are otherwise locked in a constant polemic with one another. At the same time, it has come to our attention that Gleb Pavlovskys foundation (The Russian Institute is a branch of this foundation) has invited you to visit Moscow this coming April. This news dumfounded those of us here who know and appreciate your work and your political stance. We have long dreamed that you would visit us in Russia. But a visit under these circumstances would be worse than no visit at all. It would compromise you and us, your readers and supporters.

Thomas Campbell /// Who Makes the Nazis?

In the centerfold of this newspaper you will find a map of catastrophe and terror. Buildings razed or made to collapse in the name of progress; parks and squares surrendered to “developers”; human beings maimed or destroyed in the attempt to purify one of the capitals of “Russian civilization.”

Who makes todays Nazis, fascists, and nationalists? The British sociologist Paul Gilroy argues that while we can never simply explain racism away as a mere byproduct of the class struggle, it always arises in particular conditions of economic and social injustice, imperial domination, nationalist resurgence, systemic collapse or post-imperial melancholy. Hence, he writes, we should speak of racisms in the plural. In the US, for example, racism persists, after the hard-fought struggles of the sixties, in the criminalization and massive incarceration of the poor non-white classes; in Britain, it has found new life (after the routing, in the seventies, of the fascist National Front by a broad, combative coalition of minorities and leftists) in the all-too-respectable fear of homegrown terrorists and Islamofascists. In the latter case, this fear is connected to the history of the empire and its loss; in the former, on the contrary, to a regime in which civil and world peace are achieved (at great financial and political profit to those pursuing it) by turning the space of politics into the realm of the police.

B: It seems to me that we are coming from similar positions. We both use a critical vantage as our professional instrument to make new forms of knowledge. But it is impossible to use a critique as a professional resource on an individual basis, at least not for any extended period of time. Criticism only works when it belongs to a collective. This becomes clear when you look at the group Chto delat, which unites artists, poets, and philosophers, all of whom think critically, but did not have any position in common before the group came together. The same thing happened with a seminar we recently organized for intellectually curious sociology students at the Moscow State University. It started a laboratory to help students grasp critical theories of society, but, as time went by, it demanded a more and more complicated and consolidated organization. So, several years ago, I turned this seminar into a research group called NORI (the Russian abbreviation for Unofficial Association of Working Researchers). Its participants don’t just discuss texts but carry out research, using a common critical method. Bringing our work into a more practical and collective regime took away our fear of action, so that NORI joined the struggle against intellectual corruption at the sociological faculty of Moscow State University as part of the student protest initiative OD group (1). In reality, our new willingness to put up a fight is hardly surprising: intellectual ambition + the presence of a more experienced mediator and organizer + regular meetings and exchanges + the forming of a common critical competency a collective organization of the method of working. These principles have proven very useful to our work. In how far are they different from what you are dealing with in your practices with Chto delat?

Rush /// We Have to Take People to the Next Level

At first I was in one of the communist parties. There, it was all “Jawohl, mein Fuehrer!” They did everything they did because that’s what Lenin wrote. It was round then that I first read Kropotkin’s and Bakunin’s books about anarchy. That is why I left the party and became an anarchist.

The RASH movement [Red and Anarchist Skinheads] emerged here in 2003-2004. I was the first RASH. Nearly all of us were anarcho-punks who became anarcho-skinheads. We take part in demos. We publish pamphlets, broadsides, and a newspaper [Frontline, available for download at www.redskins.ru]. I am also involved in the skinhead and punk subcultures, so I organize concerts and do propaganda work within these groups. If folks react, we work with them. We try and develop them physically; we conduct training classes in martial arts and self-defense. When you go to an antifa concert there’s a risk you’ll be attacked by Nazis. If you’re not prepared to defend yourself, the attack will probably end badly for you.