A series of sculptures – lamps, gathered around a lighthouse tower modeled on the agitprop constructions of Gustav Klutsis. Each of the sculptures is devoted to a particular hero or event– in most cases the moment of their heroic death in battle, so that it is a memorial in their honor. All events depicted in these memorials and their subjects are taken from the true stories of recent protests.

1) Lighthouse (It is getting darker) – after Gustavs Klucis architecture sketches
2) Hit man (A protester smashed by water cannon)
3) The running figure (The act of self-immolation of a Tibetan monk in New Delhi.)
4) The fallen people (based on the victims at Maidan and Paris Commune)
5) Flying figure (Based on the image of Galeano – Zapatista teacher killed by right-wing paramilitaries)
6) – The Ark of the Fugitives (only at CAAC)
A transparent ark which containers a series of figures symbolizing famous refugees of the past – all those who were driven by necessity to abandon their native land in order to save themselves from persecution. The names of fugitives are mentioned in the film – It Hasn’t Happened With Us Yet.

here you can see a documentation form 3 venues – CAAC in sevilia, KOW Berlin and MUAC, Mexico 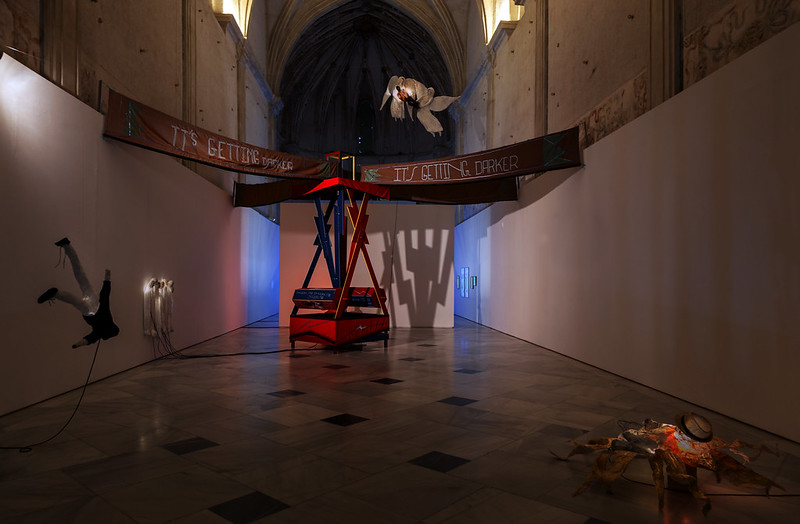