Stone Fables was commissioned by the 12th Shanghai Biennale 2018 in China after two invited video works of Chto Delat were censored. The work obviously addresses a Chinese system of monitoring Social Credit Score and link it with the question which is the brand name of our collective and include old video works “The Builders” (2004)

We were photographed by cameras

And the information delivered was

That we did not change for a thousand years

What should we do? 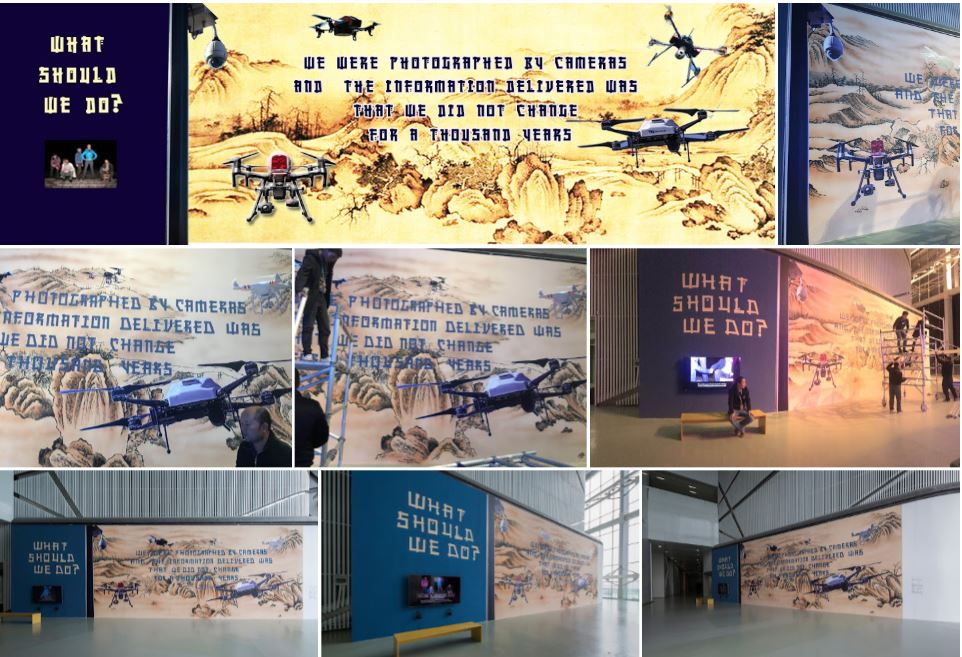 Here you can see a set of the documentation of the work, the original sketch and construction

The dimension of the wall is 15 meters long and the background was painted by unanimous local traditional artists based on the sketch of traditional Chinese’s painting from 18th century.

The work was realized by Dmitry Vilensky in dialogue with collective.