“To negate the negation…”


Philosopher Georg Lukács once said that orthodox Marxists should not be-lieve in this or that thesis, nor in the exegesis of a sacred book. On the contra-ry, orthodoxy refers exclusively to method. By method, Lukács meant dialec-tics as a means of analyzing and representing the whole of society as a totali-ty of struggling contradictions.
To speak about dialectics makes particular sense at BWA Wrocław. Its archi-tecture confronts the ruin of an old palace with a new modernist intervention, facing us with obvious conflicts between the classics and modernism, between the old functions of exclusive noble privacy and the modern public institution. The current exhibition responds to this living contradiction by presenting a survey of many old and newer Chto delat projects in a specially developed dialectical display whose main point is to “negate the negation…” 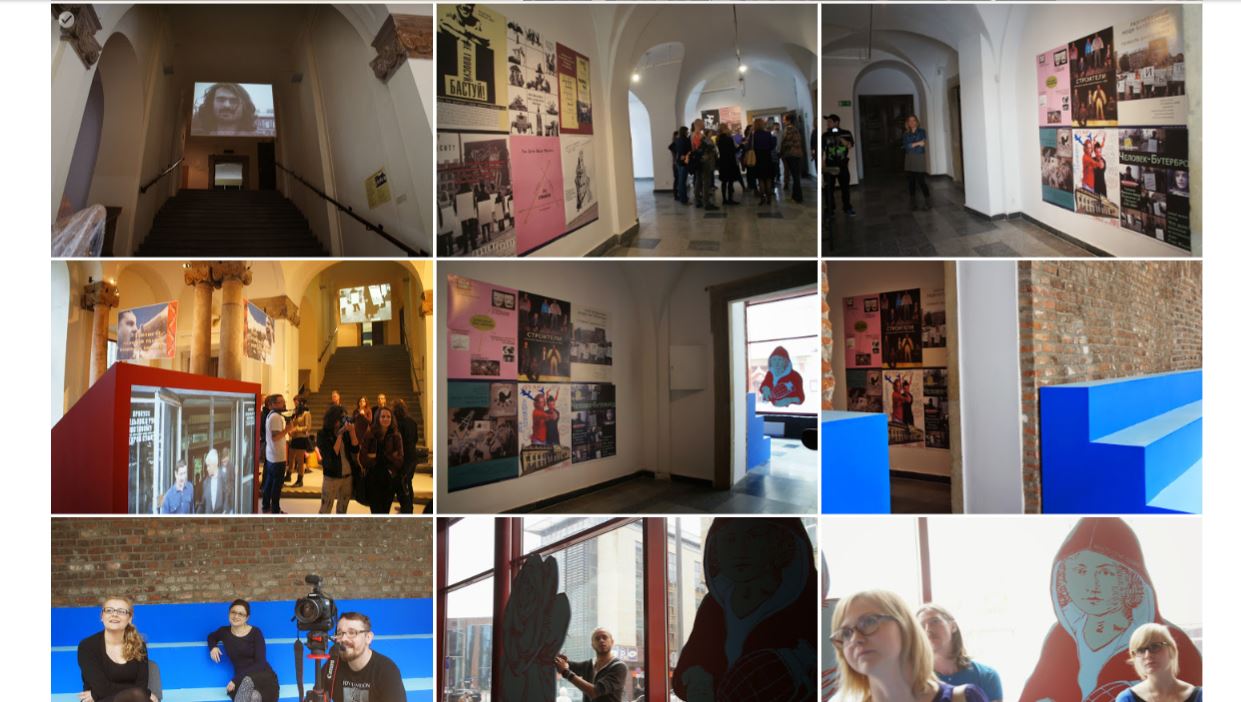 Documentation of Chto Delat exhibition at BWA Wroclaw „To negate negation”, dates: 29.04 -16.06.2013
All graduates of socialist schools and universities will remember this negation of negation as the third principle of dialectics, culled from Friedrich Engels Dialectics of Nature. What could this principle mean in art today? Confronted with a simple dumbly positive postulate of an artwork, the viewer reacts with a very basic question: why should I care? It looks like the artists are trying to brainwash me but for what reason? I won’t believe it, I’m not that simple; the characters are so conditional, it must be a Brechtian device. Why are they constructed in such a way? And why do they still give me aesthetic pleasure? Perhaps there is something beyond this simplicity? It is with such questions that the negation of negation begins.
We invite the visitor to a tour through a show where art works only communi-cate by calling one another into question, making complex things simple and simple things complex, as the work of negativity turns into the play of its own negation. But make no mistake. Art is never just a self-referential game. It al-ways suggests further implementations and resolutions outside the gallery space in real life. As Mao once wittily remarked, “theory (read also art) is the negation of practice while the opposite of practice is of course non-practice. In turn, only when theory is further negated in practical activity is a higher devel-opment of man’s knowledge of the world achieved.”