an exhibition project by Chto Delat for Kunstbunker, Nurenberg

Fragile truce between Palestine and Israel. War between Ukraine and Russia. German Nazi Past…

We are under ground, where it’s usually dark. We are in bunker, wartime dorm, catacombs, underground casemates, in the grave, in labyrinth. Who lives in this underground cave, who slips here, that we can’t see it in the dark?

Cave, underground is not exclusively a dwelling for cadavers, but also spirits, or shadows: like Plato’s cave, inhabited with shadows of dead soldiers, poets, mothers and sisters. But who’s that, keeping the gate to the 7th hell? It’s a weird creature, one of three, the soldier, the woman and the beast. We call it Minotaur.

And there are metamorphoses of this Minotaur we observe in this darkness. Sometimes trio turns solo and we see Theseus, the warrior, alone, headless. Sometimes it’s a duo: a soldier and his bride, who happen to be a sister of his enemy. Senseless macabre and violent dance strobes the darkness. It is only our collective imaginary. Based on reality.

The solo show of Chto Delat made a site specific composition of its works from different time and periods. It focused around the idea of the ghosts which haunting our presence. Chto Delat since its start in 2003 very often exploited these topic and at this show the public will see 2 most significant manifestation of this type of approach – the films “Partisans Songspiel” and “Baden-Baden Lessons in Dis-consent”. These films actualize the stories of Yugoslav partisans and Socialist Patience collective in Germany and confront them with realities of today’s world. 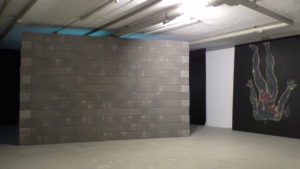 The new and central piece in the show is a 4 channel video installation “The excluded. In a moment of danger” was co-produced and specially conceived for this show. It tells the story of the group of young Russian guys who are lost in a desperate realities of Russian politics today and try to understand what has happened with them, with their country and the world – when things went so wrong and why?

The most important element of the show is a series of murals which comes through the whole labyrinth of the bunker as Ariadne’s thread – it is the particular method used in logic investigation that is able to follow completely through to trace steps or take point by point a series of found truths in a contingent, ordered search. In our show this series of murals developing from one hall to another takes the form of a mental record, a physical marking, or even a philosophical debate. The whole show presumes that we are trapped in our realities and we need to create a weird form of navigation to find way out in a real life – actually, this form of navigation art could be. 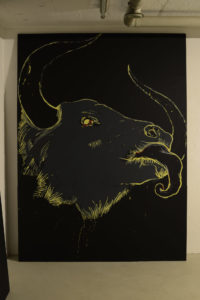 Documentation of the Bunker show 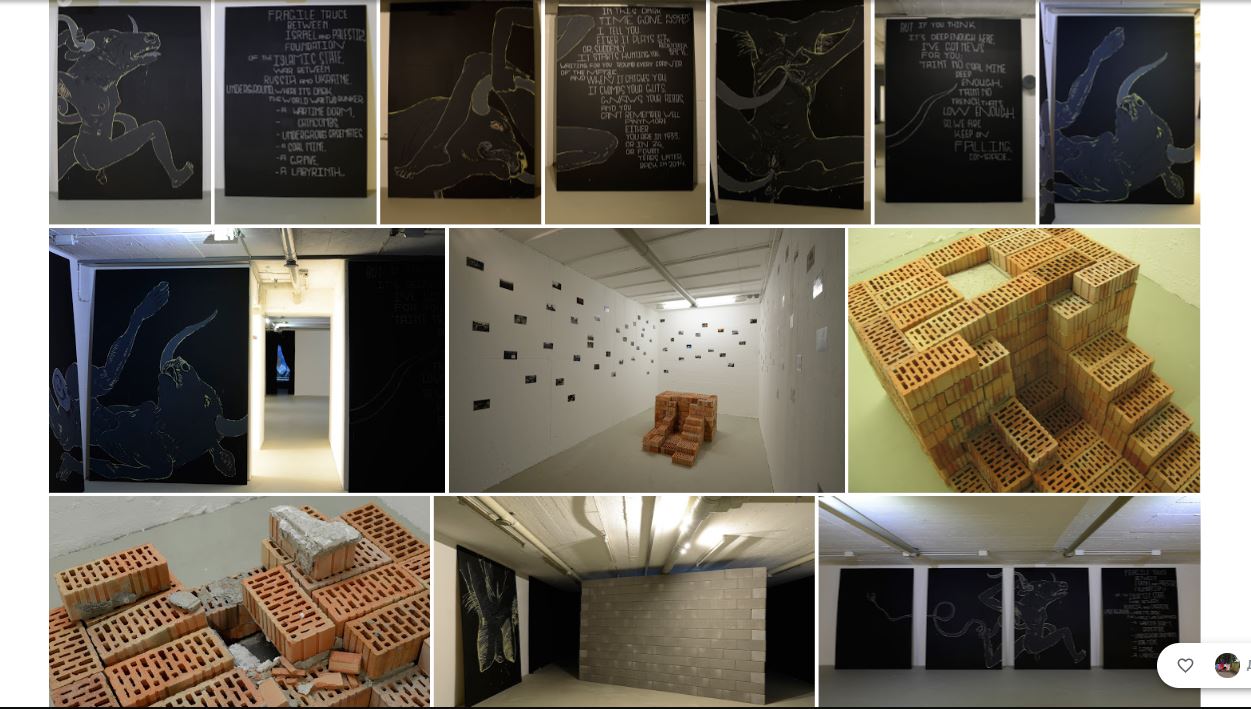