Back to School – a reader on performative education

Posted in School of Engaged Art, Newspapers, # Reader Back to School | 0 comments

back to school full 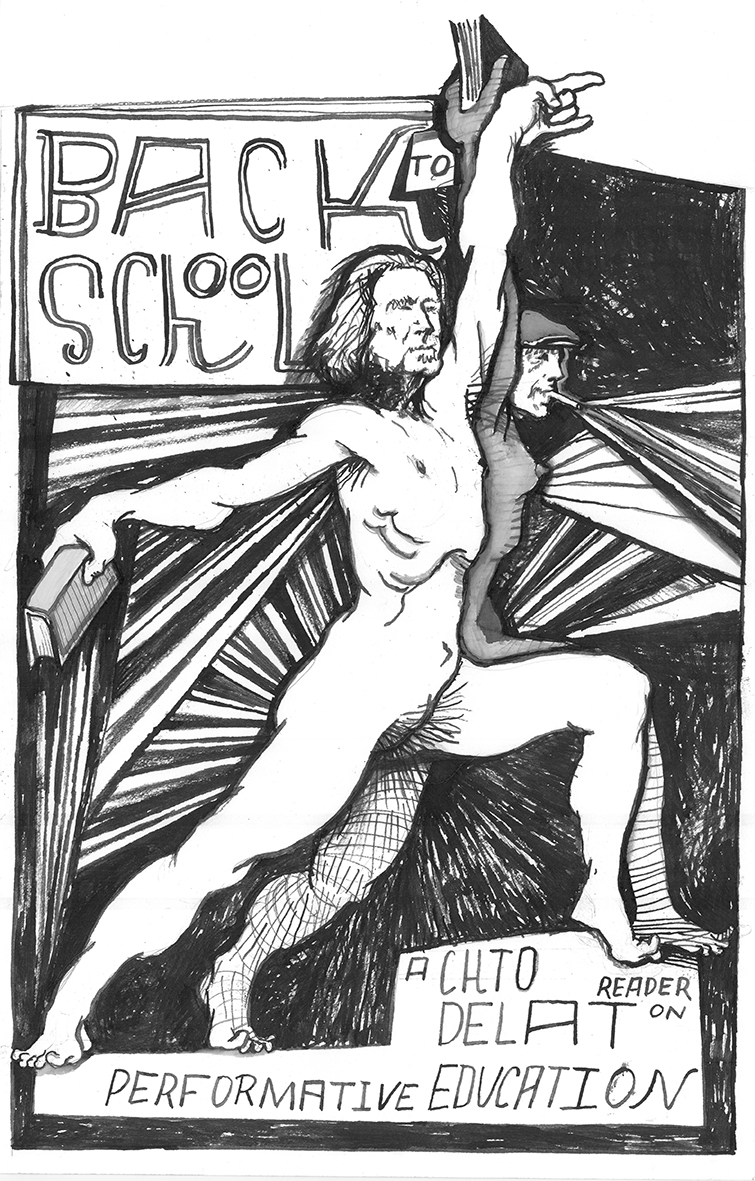 Buy Cialis Online – 20 mg – What Could be Done with Manifesta Here?

In recent months, our friends buy cialis online have often asked us (members of Chto Delat collective) to comment on the situation around the realization of Manifesta 10 in Petersburg. We have had many personal conversations, skypes and mails but now, it looks like it is time to summarize things in public.

I have already written a critique on the boycott position (recently updated call to boycott Manifesta can be seen generic cialis at the official web-site of AICA: https://www.aicanederland.org/manifestas-unfortunate-choice-of-location/), and my position has not changed: a boycott focusing on the local attack on LGBT rights will not benefit but rather harm both local civil society as well as the potential audience of contemporary art in Russia. Putinism never took seriously such measures. Without further discussing why the boycott doesn’t work, it is quite buy viagra online clear that if the goal is to repeal repressive legislation, one needs to use more sophisticated and complex modes of pressure cialis tadalafil by creating new zones of public life where all forms of confrontation could become visible.

So, what could be done with Manifesta here?

We have received and accepted a pre-invitation of Kasper Konig to participate in his exhibition. It is very important heart attack for us and we are in a process of developing a full scale project around our old film “The Tower: a Songspiel”. This musical order cialis online was realized in 2010 and it was our reflection on the civic resistance to the construction of the Gazprom Tower in St. Petersburg. Unfortunately the film has not lost its political actuality – four years later, we still face the shameless greed of corporation like Gazprom, the disgraceful clericalization of public life, a glut of sheer physical violence, the conscious destruction of civil society and its social space. Our work focuses on finding an artistic language for reflecting and opposing such issues, and therefore often meets a cold reception from Russian institutions, aside from some exceptions. Thus, it is crucial for us to show this piece to the local public. It was never shown properly in Petersburg, and the visibility that Manifesta-Hermitage could provide would vault into above the safe horizon of invisibility into the realm of broader political and artistic significance. This is a minefield of dangers, including direct censorship, at the first sign of which we will have to withdraw from the show.

Active ingredient also we are 36 hours looking forward to participate with our new School for Engaged art (1) in different forms increased blood of collaboration with the Manifesta Public Program as long as it makes sense for our mutual interest. At the moment, it looks like that our possibilities of collaboration with the Manifesta’s Educational program buy cialis is not welcomed from their side.

We are going to develop this section with sets of different sound tracks from our films and a special radio program that we have been producing recently. Also we publish some favorite music samples for inspiration.