Home » Projects » Installations » Come in Quickly, Otherwise I'm Afraid of My Happiness! Xenia at The Time of War #2018

Come in Quickly, Otherwise I'm Afraid of My Happiness! Xenia at The Time of War #2018

in collaboration with Babi Badalov

The law of hospitality opens up the possibility for contamination in that it calls for no governing body
such as a sovereign state or master of a home to establish laws and authority over another subject.
The state or master retains the capacity to be overthrown.

The Gallery Apart is proud to present Come in quickly, otherwise I’m afraid of my happiness! Xenia at the time of war. Four years after their participation in the exhibition Subterfuge, the art collective Chto Delat (What is to be done?) from Petersburg, will return with a new exhibition hosted in the gallery spaces, this time along with Babi Badalov, artist nomad, currently based in Paris and the close friend of the collective who used to live in St. Petersburg in the Nineties and who share important artistic inspirations with Chto Delat since then.
Founded in 2003 by a group of artists, critics, philosophers ad writers engaged in political theory, art, and activism, Chto Delat takes its name from a novel by the writer Nikolai Chernyshevsky, which later also inspired the title for Lenin’s own publication, in which he outlined the organizational structure and strategy of the revolutionary party. In this view, Chto Delat sees itself as an artistic cell committed to a variety of cultural activities aimed at “knowledge production”. The collective exploits a range of media, from video and theater plays, to radio programmes and mural paintings. Their artworks are characterized by the use of estrangement effects, surreal scenery, the analysis of study cases involving concrete social and political struggles.
Visual artist and a poet, Babi Badalov expresses his art though visual poetry, sculptures, installations and live performances. His practice is mostly focused on language, on the linguistic explorations researching the limits and borders of language, on the personal experiences with foreign languages, both written and spoken, and on the possible overlapping of meanings and connections. Badalov’s art also explores language in order to emphasize key geopolitical issues. 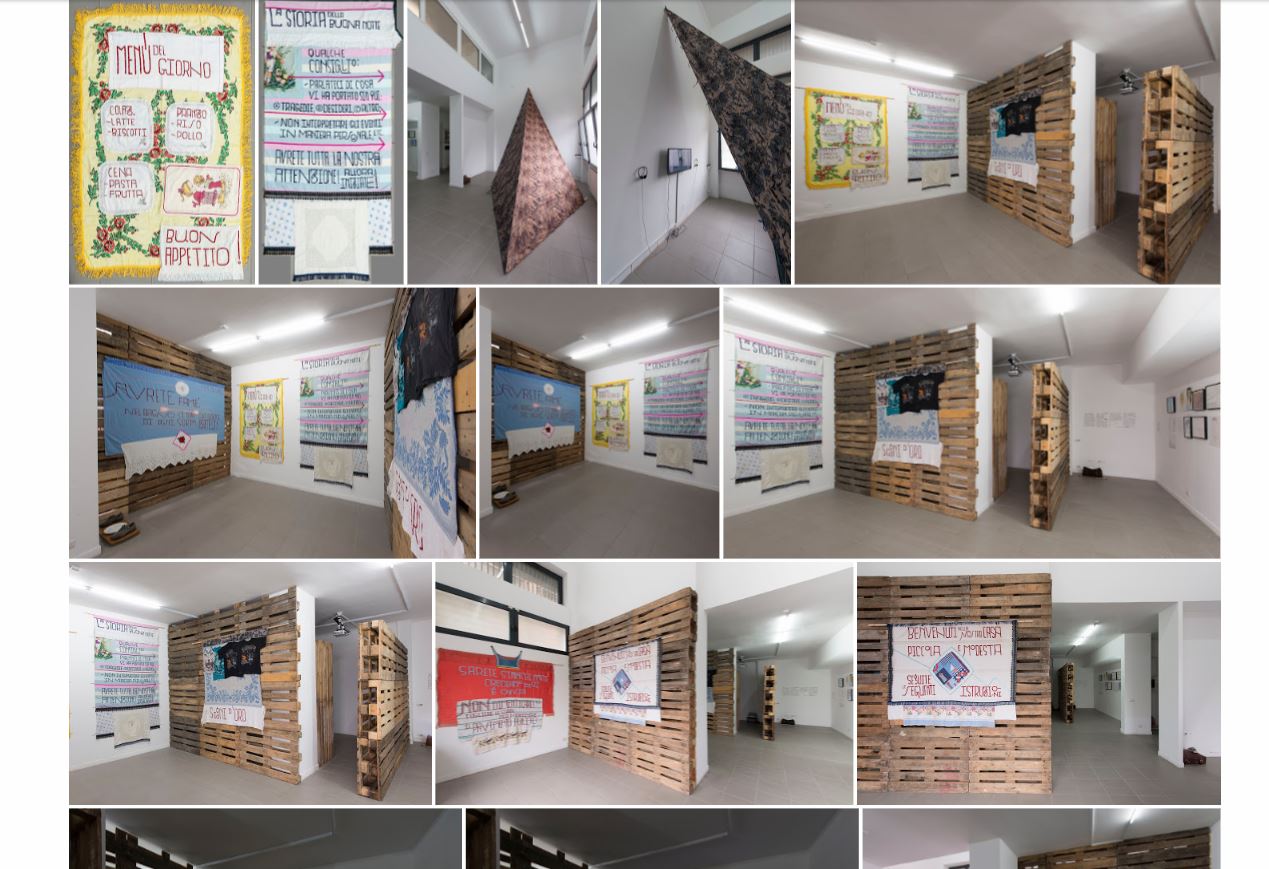 Come in quickly, otherwise I’m afraid of my happiness! Xenia at the time of war is a reflection upon the concept of hospitality, so relevant and close to our everyday life and, at the same time, rich in profound and contradictory meanings with which also art and philosophy have to deal, particularly in the current historical phase of radicalization of the use, and of the definition itself, of the public space due to the so called “refugee crisis”. Taken from the novel The Laws of Hospitality by Pierre Klossowski, the first sentence of the exhibition’s title makes a reference to Xenia, the ancient Greek concept of hospitality, infused with generosity and courtesy.

Chto Delat and Babi Badalov investigate the shifts in meaning of the word “hospitality” as a result of the emergence of new technologies and strategies to acquire power and advance on the road to progress, strategies that seem to abandon the previous guidelines and the politics of commonality. The only hospitality known in the western world has always been subject to conditions based on rights, duties, obligations, etc. Disputes constantly arise regarding the legal and judicial aspects as well as the military actions aimed at limiting a phenomenon that “common” citizens, influenced by the media-induced mass hysteria, end up to consider a growing threat to their houses, to public order, the respect of the laws, and to what is called “civilization”.
Therein lies a partial truth, as we learned from philosophy that even a strictly regulated protocol of hospitality inevitably results in a threat of unconditional hospitality (those who host open themselves up to new experiences and, sweeping away the old laws, they become guest in their own house). However, at the same time, there is less debate about the utopia of the old European militants who imagined migrants / aliens / guests as a revolutionary force able to sweep away the law to establish a new communist world together with the liberated “host / master”. Few people are able to draw inspiration from such visions; today, the aim is to preserve the remnants of a basic humanism to provide unconditional support to those who need it.

The exhibition is a reflection of the moment when the remnants of the utopia merge with a bitter sense of lostness. And it is a reflection on the concept of hospitality, as a metaphor for openness to the new and the unexplored – an openness to the “virus” that may lead to danger or to salvation. In the radicalization of this idea, the theological component of faith – the belief in the possibility of transformation – is crucial.

The exhibition is structured around three films, shot by Chto Delat between 2011 and 2016, which depict in different ways the moment of seeking refuge, the protection from a menacing reality. Each of the three films is tragic in their own way. They do not give advice to those in search of salvation, but instead they affirm realistically that we are stripped of this condition of security and that it is necessary to open to a new situation. Only if faced with an unsolvable conflict, we are able to find a possibility of transformation. The graphic and textile artworks by Babi Badalov and Nikolay Oleynikov also reflect on the same topics creating independent spaces to interpret the phenomenon of hospitality between law and lawlessness. Gluklya Natalia Pershina-Yakimanskaya presents a group of delicate watercolors and drawings which come from a work that she is doing with the refugee community since 2012. Gluklya’s works are exhibited and sold (part of the income will go to Associations devoted to hospitality) together with works made by refugees. They are part of a broader program of shared projects which produced videos, textile works (Сonceptual Сlothes) and performances.