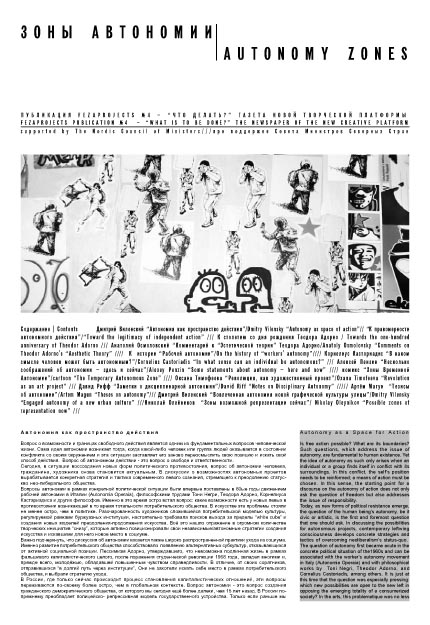 On the history of Worker’s Autonomy

The following text is based on Jack Fuller, Worker’s Autonomy (Autonomia Operaia), in: International Socialism 8 (Spring 1980).

The autonomous movement was a series of locally based collectives, and marked the end of a whole period in workers thought and struggle. The concept of a single national organisation was temporarily abandoned. Instead the name Workers Autonomy was adopted by a growing number of small groups and collectives based around workplaces, geographical areas or particular groups of the population such as the unemployed or students. The universities in particular became an important base for the autonomists, no longer as centres for well educated, middle class, discontented students, but as a huge meeting place for unemployed youth.

Toni Negri was one of key theoretical figure in establishing Autonomia Organizzata (Organized Autonomy), a loosely coordinated network of local organizations throughout Italy. Autonomia was decidedly opposed to the notion of vanguard party and centralized leadership, posing instead the autonomy of local groups. Negri insisted that political organization had continually to pose the problem of centralization and democracy. In past communist revolutions, the centralized party management of power has always at a certain point strangled the proletarian organization of powers, and at that point the revolution has come to an end. In this sense Negri argued for Autonomia to be an anti-party, a decentralized and open network of political organizations.

Artem Magun/Dmitry Vilensky // Toward the 100th anniversary of Theodor Adorno

Theodor Wiesengrund Adorno was born in 1903. He attended the University of Frankfurt where he studied philosophy, sociology, psychology, and music. In 1931Adorno joined the Frankfurt Institute for Social Research. Escaping from Nazism, the Institute moved to Zurich in 1934, and Adorno in 1938, rejoined the Institute, which was now located in New York. In 1953, at the age of 50, Adorno left the United States and returned to Frankfurt to take up a position with the Institute In 1959 he became its director following the retirement of Max Horkheimer. In 1969 students occupy the building of the Institute and Adorno calls police to clean the office. After that incident, students, in an aggressive form, of happening, boycotted his lectures. Adorno died in 1969 in Switzerland, after being shocked by the aforementioned events, and while writing what many believe to be his most important work, Aesthetic Theory.

In our last issue (What is to be done?) we have already raised the question of autonomy. Indeed, a politico-artistic act, especially today, is not somply a demand of freedom but simultaneously a statement of our autonomy. In this sense, one can speak of secession as of the politico-artistic strategy. Such strategy includes three main moments: secession (public declaration of autonomy), confrontation, and (utopian) foundation.

Autonomy, in the everyday sense of the word often means something like relative independence or exception. This means that the juridical meaning of autonomy in the sense of political federalism (autonomous districts) took over the literal meaning of this word, which means self-government in the strongest sense of sovereign freedom, not limited by anything, and given by no one but God or the being itself. Such shift in meaning is not accidental.

Freedom in the sovereign sense has been usurped by the so-called democratic state and the fiction of representative democracy. Moreover, there is a paradox in the very philosophical notion of autonomy  autonomy itself is heteronomous. In Kant, for example, the autonomy is dictated by an iron law which is transcendent to the subject. Who actually said that you have to be autonomous? Something has to have happened – a loss, a catastrophe, for example o that you have to search what is to be done for yourself. Either someone has to have abandoned you, refused you, or, on the opposite, called you forward. Thus, the struggle for autonomy is the struggle for the emancipation of others, with the others  although also from others.

The today’s regime of imperialist liberalization sustains subjective autonomy but is strictly intolerant to any declaration of exception.

Autonomy-exception may thus be more important nowadays than simple auto-legislation. Meanwhile, any universalist order is bound to posit some exceptions from its rules, so as not to lose all contact with reality. Thus, US needs its Guantanamo, so as to localize the true martial law at least in one zone of the world. But one can equally demand from the global emperors (emperocrats?) to sanction zones of exception where the law of freedom would be realized! They must have a zone of freedom somewhere, so as to legitimate their liberal rule elsewhere! Is not this the reason for the fact that the corporations support contemporary art without dictating its content?  In the same way, the Roman Empire gave broad autonomy to many of its cities (municipal), as though it would thus pay back its title which derives from the name of a free city state.

So you say that the possibilities of representation of art are totally exhausted, that they have become as tight and narrow as a white box “I don’t know, I mean, I’m not sure”

Come on! Look at what’s going on. All spaces have been occupied by the mass-media; every vacant place is taken by advertising. Even worse: this occupation is not only physical but semantic. Whereever you turn, whatever you might want to use in the process of creating a piece (with the goal of an art-work in mind of course), you will always trip and stumble over the fact that every notion has already been appropriated by the mass-media and by advertising. Everything that surrounds us only serves one insidious goal, namely to increase stock turnover and to expand the volume of sales. Except now, the world has become even tougher: (don’t you see?) -Reebok is dealing out FREEDOM; Samsung is peddling CONFIDENCE, cutting unfuckinbelievable dough! And all that the artists really have as the space of artistic representation is the white box. Reduced to its denominator in the sterile space of notions, art refines itself alone. And upon visiting a museum, gallery or other exhibition space, the spectator will finally understand that he is being addressed in the language of art, not advertising.

But this path invariably leads to the glazing and icing over of art. It directly contradicts the hot, dynamic idea of struggle and clearly seems that all of the positions have been abandoned, and what’s more, without any battle at all. It seems like they let us know that our territory was occupied while we were watching a movie, notifying us of their victory aposteriori, as it were. To accept the conditions of surrender without resistance means to admit defeat without having even entered the game. This seems humiliating.

I suppose that it makes sense to use exactly those fields to the end of representation that the adversarys forces have already occupied and fortified. But in order to be taken seriously in this field, we will need the same equiptment as our rivals. By this, I mean the material side of things.

Try to understand, my friend, we are waging war on what is primarily an ideological battlefield. And that is the zone of our autonomy! And by stepping out into the public sphere, we gain what they call a target group. For us, this group consists of people who might come together to form a critical, revolutionary mass. People who don’t see the contradictions in the new world order only because they weren’t notified in time. We could let them know. But this will be impossible if we stay sequestered in our museums and galleries.

So is time to go out into the occupied territories, behind enemy lines? Are we to infiltrate television- and radio-broadcast, the newspapers, the supermarkets, boutiques and restaurants? Of course! And on these territories, which are subject to the laws of the industry’s trends, we need to construct new, social attitudes, using the only means available to us, namely our creative and intellectual force, our power to be critical of the contemporary arrangement.

I need to think it over, but for now, turn on the TV. The Agents Feat already started 5 minutes ago. Relax, we’ll make it. They’re probably showing a block of advertising spots for blasting-caps or fuses. Where the fuck is the remote?…